Below are descriptions of some ideological sub-categories. Read more about extremist ideologies, individuals, and groups.

QAnon is an evolving antigovernment conspiracy theory that falsely alleges the world is being run by a cabal of pedophiles, including Hollywood celebrities, members of a fictitious government “deep state” and other elites, who operate a global child sex-trafficking ring and worship Satan. QAnon followers believe that Donald Trump has inside information about this nefarious group and was elected president, in part, to take them down. 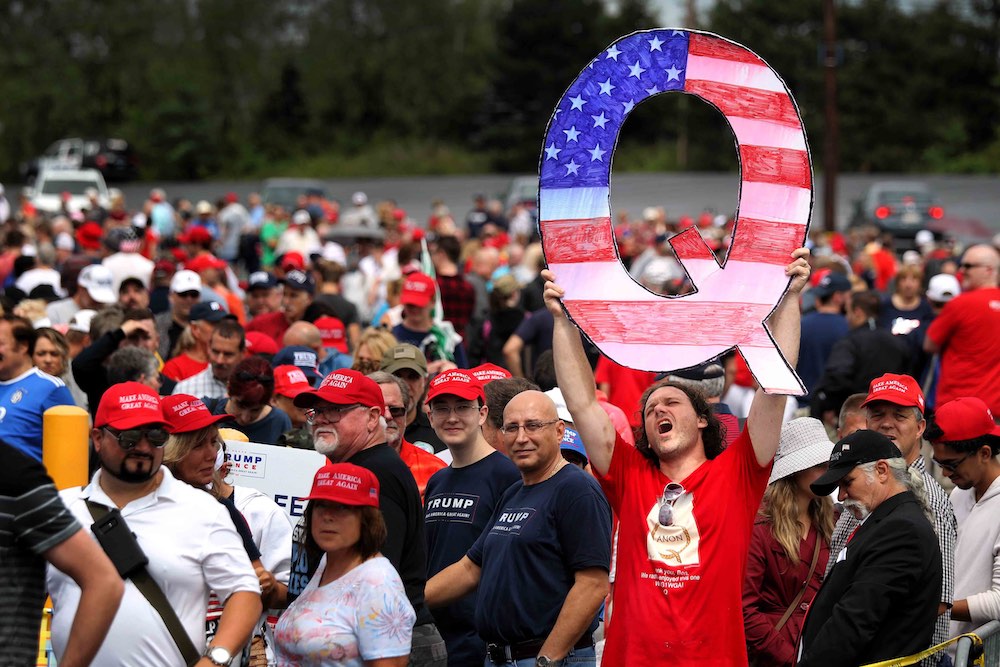 QAnon started with an anonymous post on 4chan by a user who came to be known as “Q,” a reference to the user’s supposed “Q clearance,” a top-secret clearance level in the Department of Energy. “Q’s” initial post claimed to have knowledge of an alleged pending extradition of Hillary Rodham Clinton. “Q” continues to post messages (known as “breadcrumbs” or “Q drops”) containing supposed secret information, which followers then attempt to interpret. Many of the claims made by “Q” are recycled from other internet conspiracies, most prominently the New World Order.

QAnon is not a group, rather it is a movement and ideological worldview, and it has inspired the formation of online groups and websites that share Q related conspiracies, literature, and merchandise. The initial QAnon conspiracy theory has grown into a number of smaller sub-theories including beliefs that democratic elites and celebrities are taking the drug Adrenochrome, which they harvest from the pituitary glands of children, and a theory that children are being trafficked underneath U.S. cities in underground tunnels.

QAnon theories have animated some followers who claim they are helping Donald Trump, fighting the “deep state” or working to stop child trafficking. QAnon-inspired followers have planned extremist activities and events, such as “Save the Children" rallies and have committed real world crimes and violence, including the murder of a mob boss by a QAnon follower who thought his victim was part of the “deep state.” Common QAnon phrases and hashtags include: Where we go one, we go all (WWG1WGA), trust the plan, save the children, and The Great Awakening. 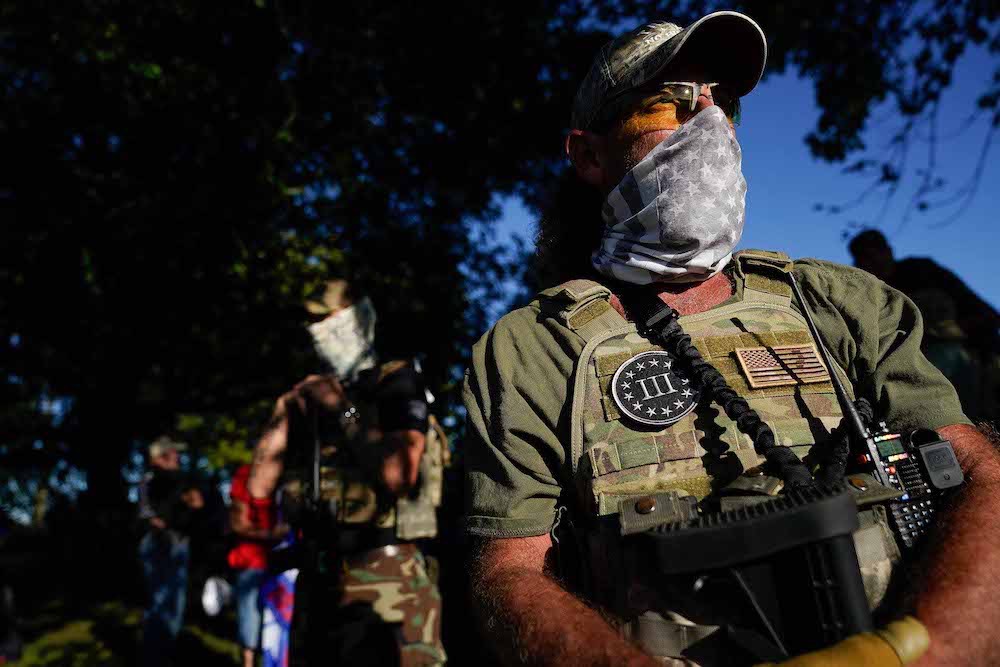 The modern militia movement began in the early 1990s following Ruby Ridge and Waco. These deadly standoffs, and opposition to Clinton-era firearms laws, led to the formation of paramilitary groups that often unite around an absolutist view of the Second Amendment. Their ranks declined following the Oklahoma City bombing and throughout the Bush administration, but Obama’s election ushered in a second wave, exemplified by groups like the Oath Keepers and Three Percenters. The movement employs both legitimate (political activism, protests, community service) and illegitimate (paramilitary training and organization, armed standoffs, criminal and/or terroristic violence) tactics. Though its antecedent is the Christian Identity-inspired Posse Comitatus, many members of the modern militia movement are not explicitly racist, with some groups enrolling minorities into their ranks. However, against the backdrop of the “War on Terror,” the movement has embraced anti-Muslim and anti-immigrant narratives under a thin veil of national security. The militia movement frequently depicts immigrants and people of the Muslim faith as a threat to the national identity. Organizations in the movement often are differentiated from traditional nativist groups by the organizational structure they use, which is inspired by the hierarchical ranking system currently used by the U.S. military. Many groups within the militia movement engage in military style training and demonstrations under the pretenses of defending the U.S. Constitution. 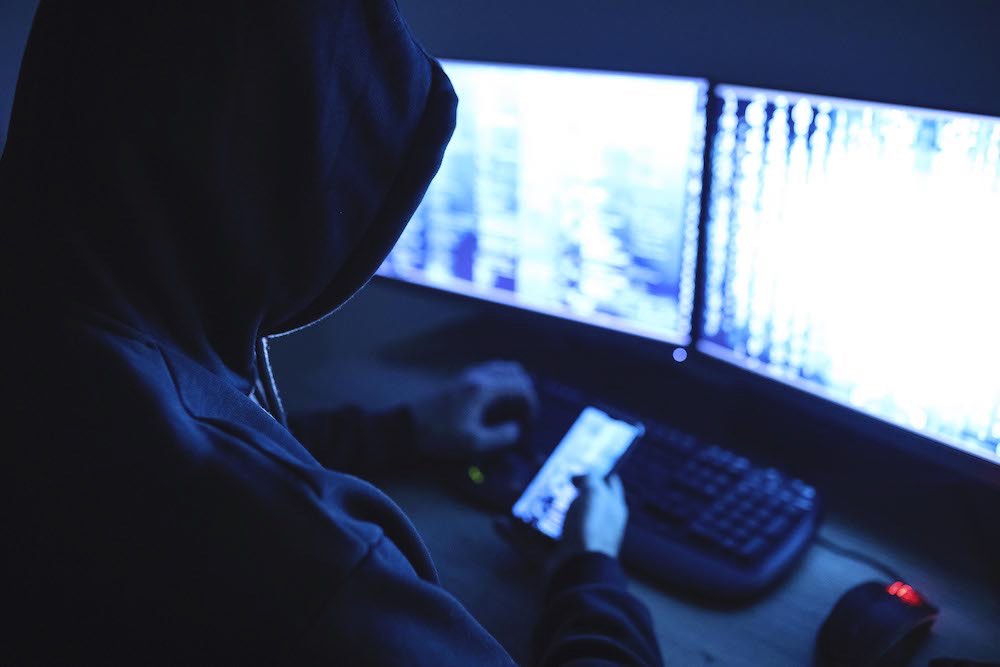 range of grievances/threats that vilify the government as a primary out-group, while remaining flexible enough to incorporate other out-groups — such as Muslims or antifascists — who are often depicted as complicit with the primary out-group. Conspiracy propagandists frequently stop short of offering specific, actionable solutions to these perceived threats, instead leaving action up to others in the antigovernment movement. These conspiracy theories generate a sense of urgency in the antigovernment movement that can lead to criminal activity, including terrorism. The anti-Communist conspiracy propagandist John Birch Society is sometimes credited as the organization that birthed the antigovernment movement back in the 1950s, and it is still active today. Although the dissemination of propaganda was more limited in the 1950s, the advent of the internet and social media have provided untold numbers of platforms for extremists to inject these conspiracy theories into the public domain, essentially democratizing the propaganda process. 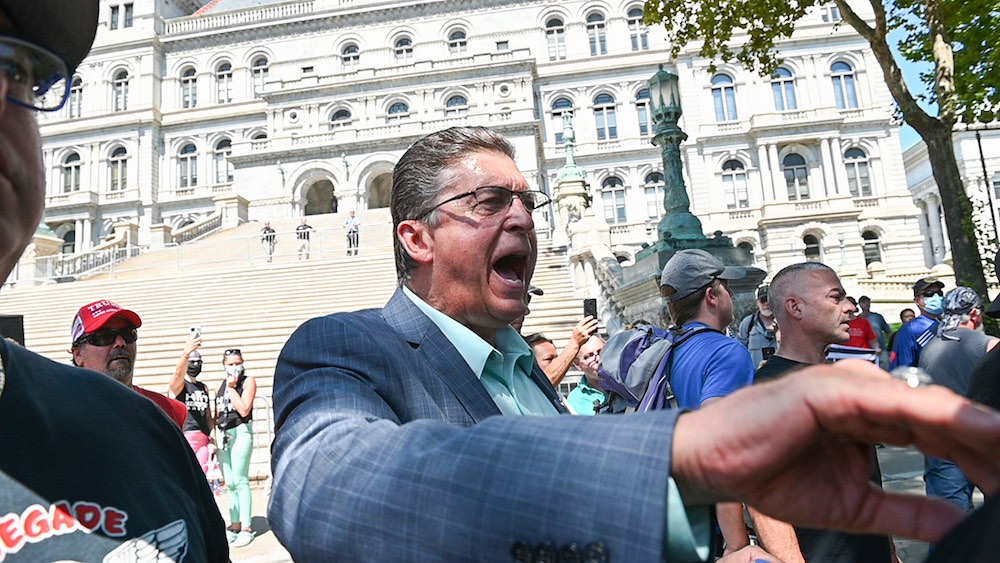 The constitutional movement is rooted in the county supremacy of the Posse Comitatus (Latin for “power of the county”), which was founded by Christian Identity adherent William Potter Gale. Gale used the Sheriffs Act of 1887, which allowed the sheriff to form a posse to assist in arrests, and applied this power to offsetting the “unlawful” acts of the government. The idiosyncratic view of European and American history and quasi-legalisms the Posse Comitatus developed to legitimize this agenda are foundational to the constitutional sheriffs’ movement today.

Constitutional sheriffs believe they are the highest law enforcement authority in the country, which lends them the power to defy federal laws they deem unconstitutional. They contend that it is their duty to curtail the tyrannical power of the federal government – “the biggest threat we face, as a nation,” according to Richard Mack, the founder of Constitutional Sheriffs and Peace Officers Association, the largest organized constitutional sheriffs group today.

There are dozens of sheriffs around the country who sympathize with the movement. When Robert “LaVoy” Finicum was shot and killed by Oregon State Police during the occupation of the Malheur National Wildlife Refuge, it was during an attempt by the armed occupants to meet a sympathizing sheriff in a neighboring county. Today, the largest issues of concern for constitutional sheriffs are ensuring citizens’ unfettered access to guns, removing land from the control of the federal government, and advancing President Trump’s hardline anti-immigrant agenda at the state and county levels.

Like most sub-categories in the antigovernment movement, the sovereign citizens movement is rooted in the Posse Comitatus of the 1970s, which believed, among other things, that a sheriff was the highest governmental authority in the country. The Posse 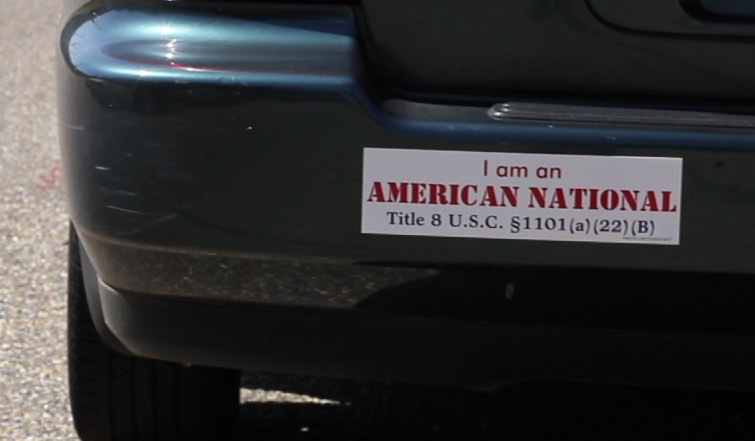 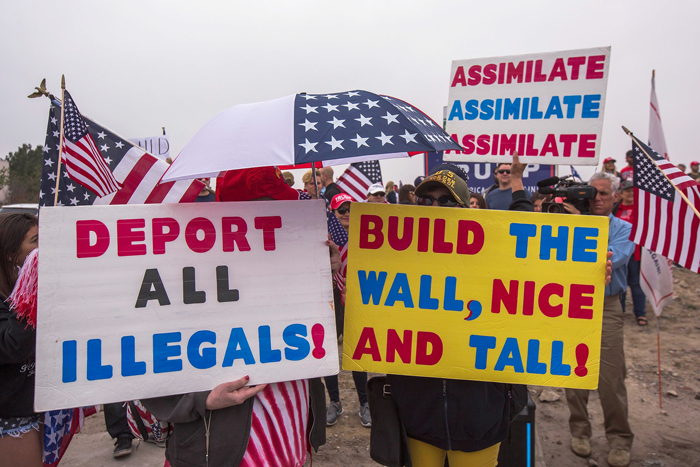 Anti-immigrant hate groups are the most extreme of the hundreds of nativist and vigilante groups that have proliferated since the late 1990s, when anti-immigrant xenophobia began to rise to levels not seen in the U.S. since the 1920s.

Anti-Muslim hate groups are a relatively new phenomenon in the U.S., with many appearing after the terrorist attacks on Sept. 11, 2001. They broadly defame Islam and traffic in conspiracy theories of Muslims being a subversive threat to the nation. This gives rise to a climate of fear, hate and intimidation directed toward Muslims or those perceived to be.

A central theme of anti-LGBTQ organizing and ideology is the opposition to LGBTQ rights, often couched in demonizing rhetoric and grounded in harmful pseudoscience that portrays LGBTQ people as threats to children, society and often public health.